A quick overview of the software.

IXUS is an easy to use platform for managing your entire EMF compliance project. The software is designed to get your reports out as accurate and swiftly as possible.

"My employees are now 50% more efficient because of using IXUS. They now look forward to coming to work in the mornings." - IXUS customer in Australia.

Gather as-built documents, drawings, aerial photos, network data, pictures and any other info required for compliance -  Upload these to the IXUS Manager.

Measurement data can be uploaded directly from your Narda SRM devices using the Measurement Module.

Download your antenna data entered on the Manager directly to your IXUS Modeller.

On the IXUS Manager, all info captured, including your report pictures, will be available to generate professional looking reports automatically.

The IXUS suite consists of a number of modules and options.

The IXUS Manager is a web application (website) that serves as a management interface on an SQL database. The Manager website has a simple, easy to use interface and is accessible from any access point on the network.

The Manager stores all relevant compliance information, documents, photos, measurements, locations, reports as well as the 3D model simulations and pictures created in the IXUS Modeller. 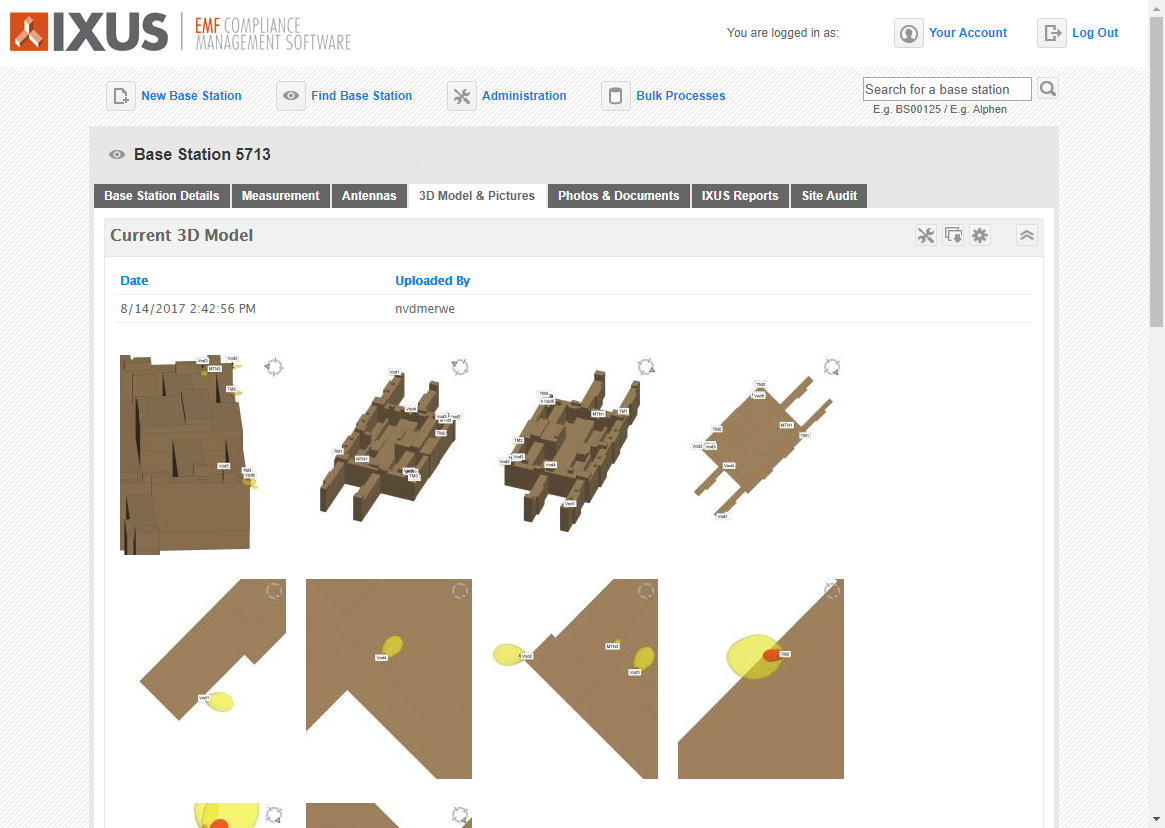 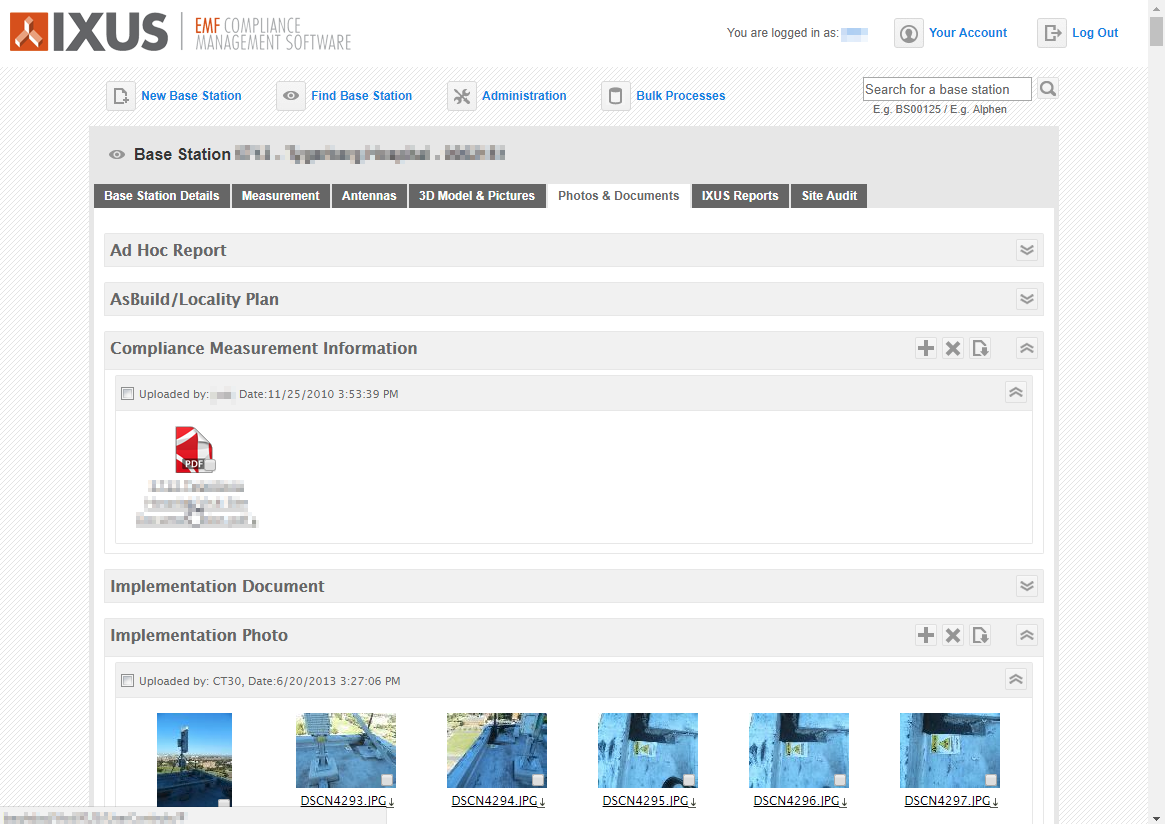 The IXUS Modeller is a Windows desktop application that is used to create 3D models, run simulations and generate report pictures. The IXUS Modeller connects to the Manager to sync antenna models, files and data.

IXUS Modeller is currently able to simulate and show public and occupational exclusion zones, field values of specified points of interest as well as environmental slices (coloured cut-planes), calculated according to the ICNIRP, ARPANSA, FCC OET65, Serbian, BGV B11 (German) or Canadian Safety Code 6 standards or any other custom standard. The resulting models and pictures can be saved on the IXUS Manager and used in the reports. 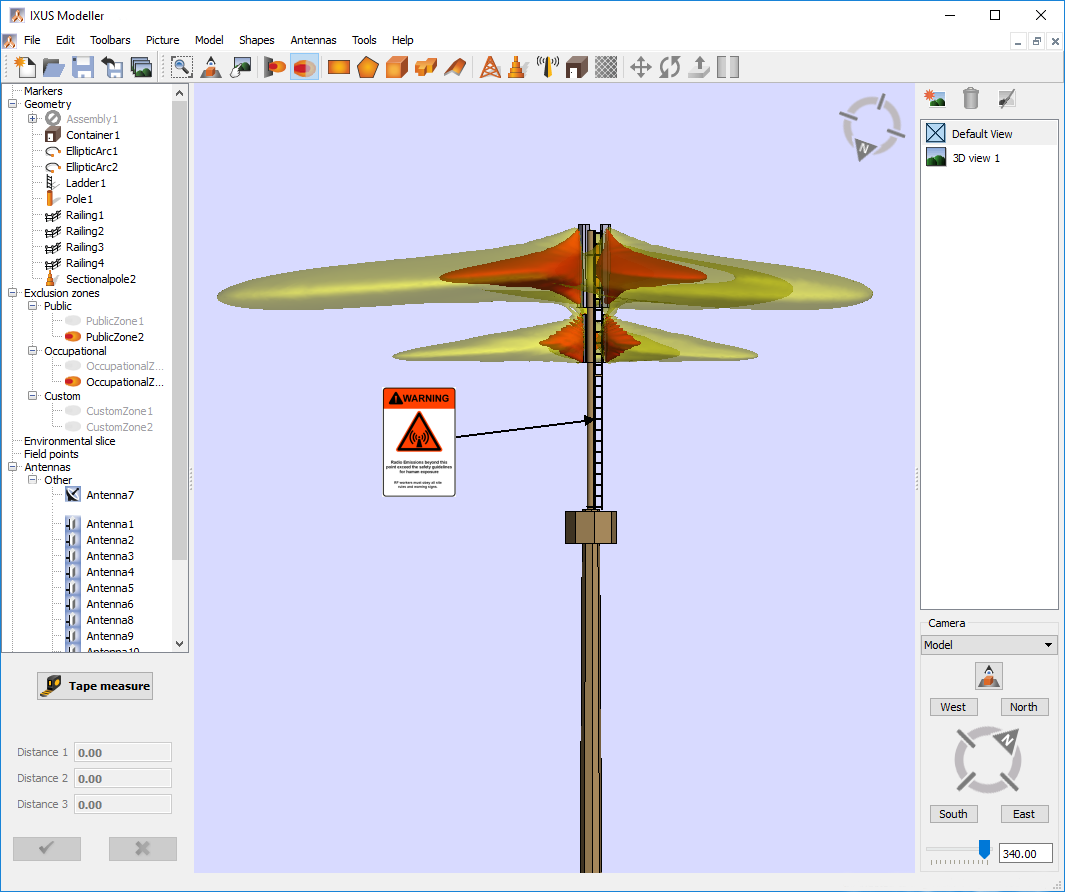 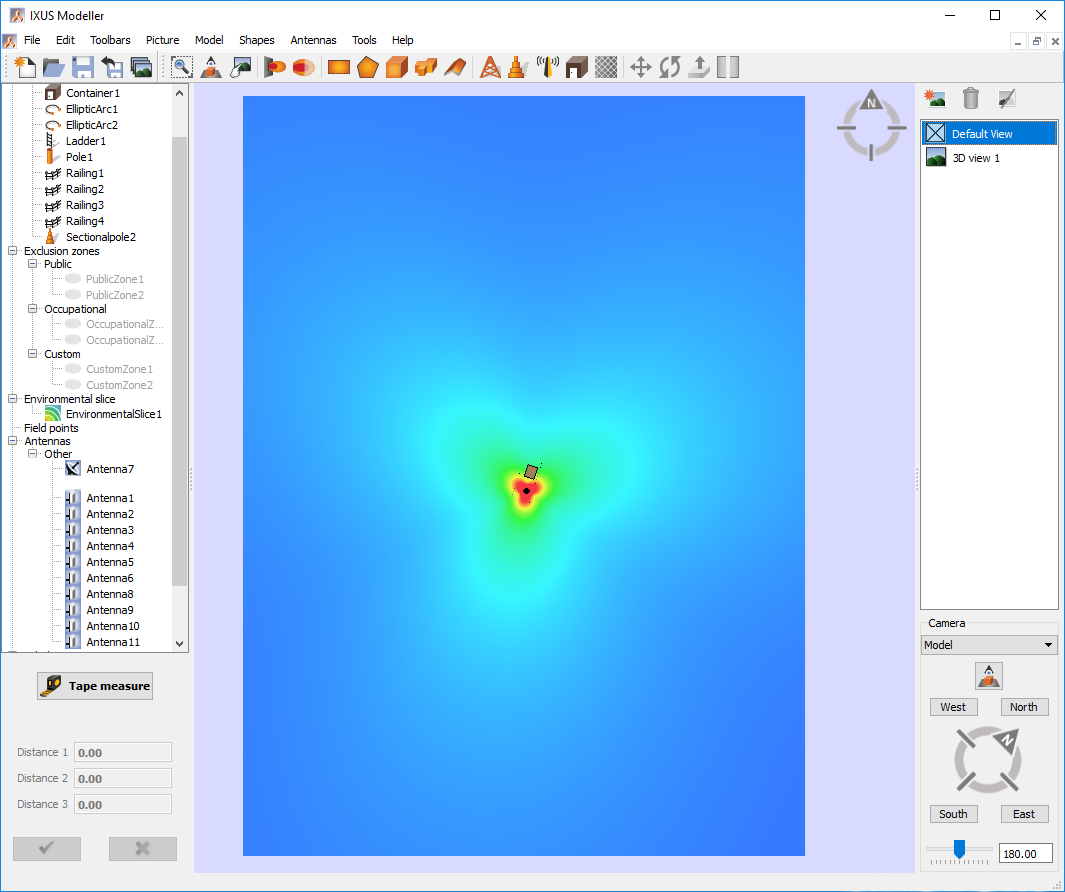 The optional IXUS Measurement Module for saving and managing RF measurements makes it possible to use Narda SRM 3000 or 3006 equipment to measure RF fields and then to upload and store the measurements along with the GPS coordinates, comments and photos on the associated base station in the IXUS Manager. 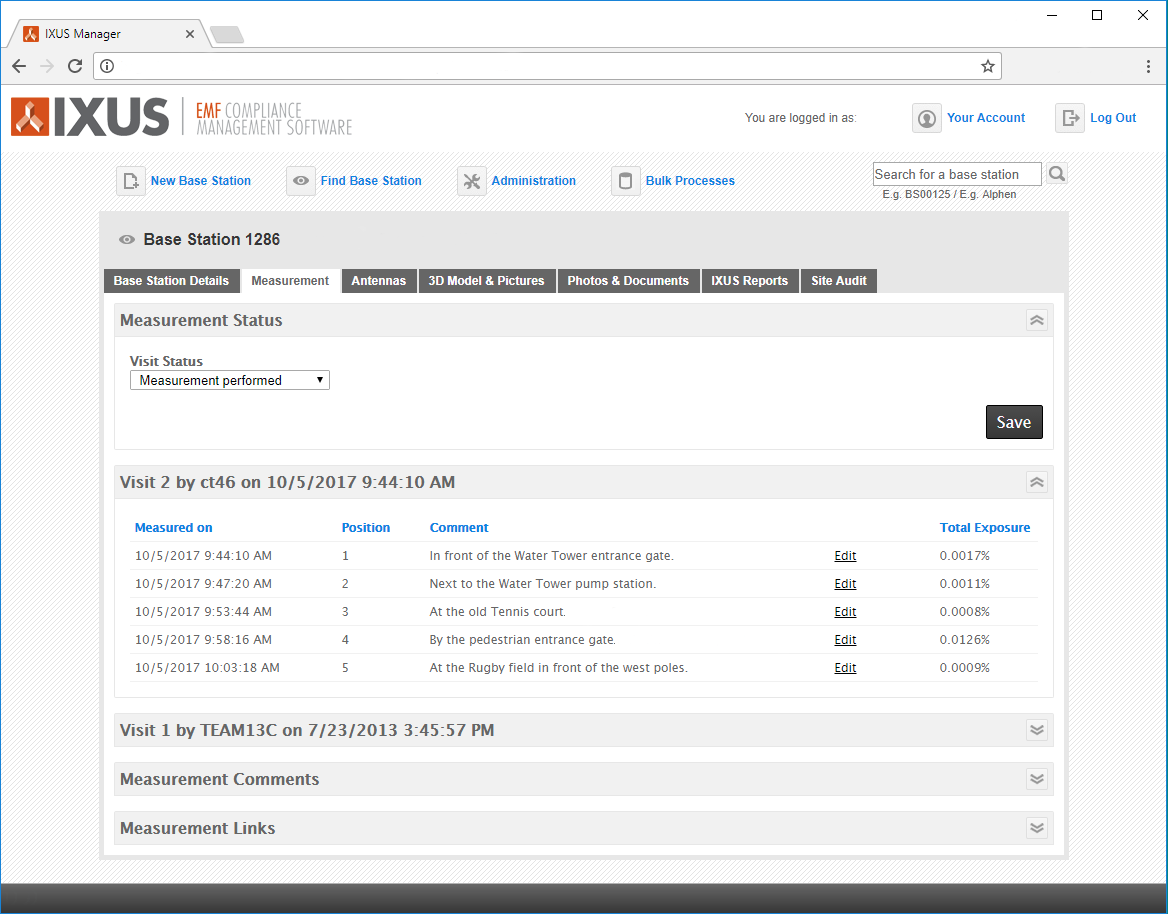 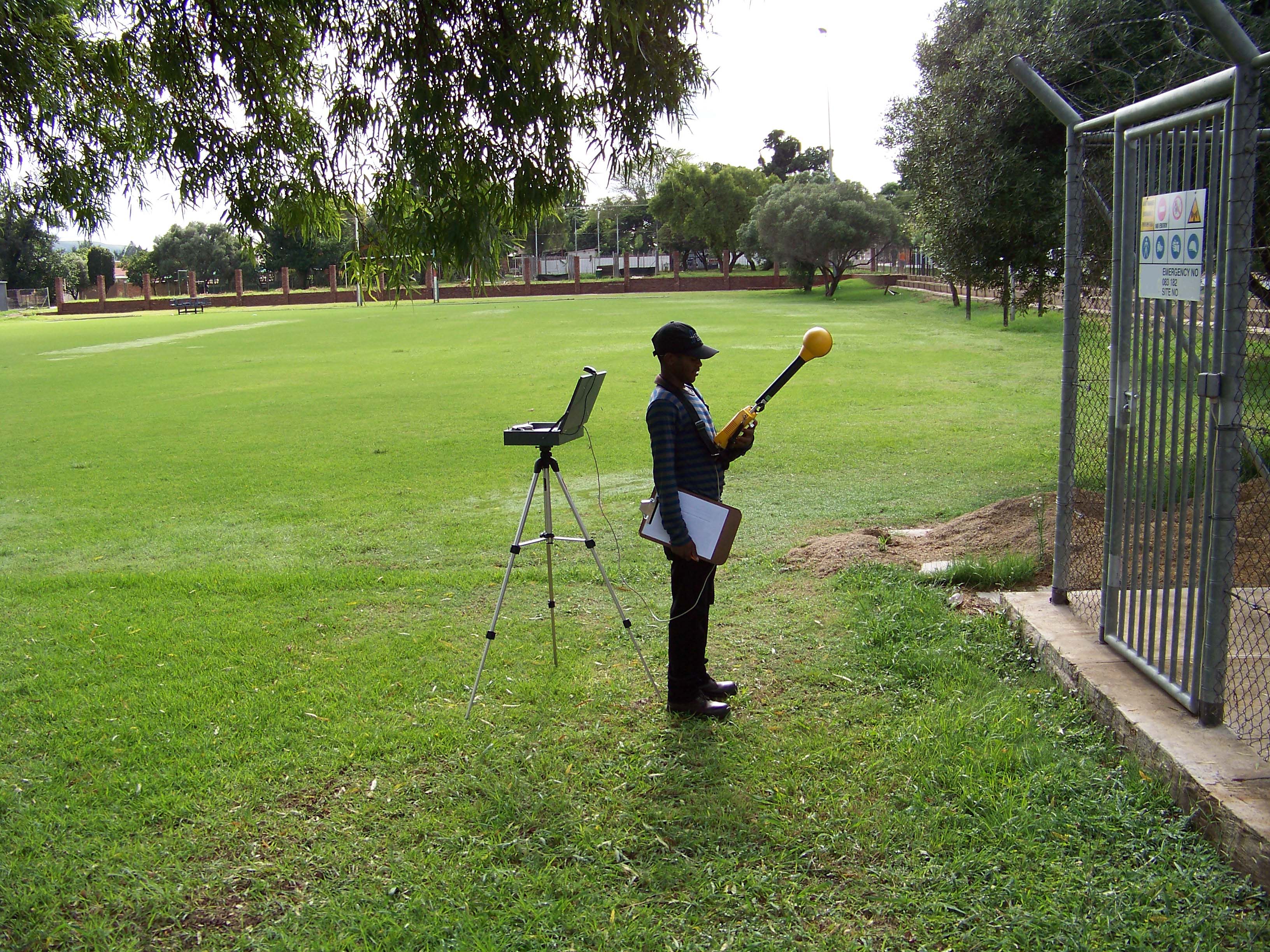 The IXUS Solo Modeller is essentially the same as the standard Modeller, however, this version is a stand-alone Windows application. Antenna models, licensing, updates and configurations are managed on the local machine. 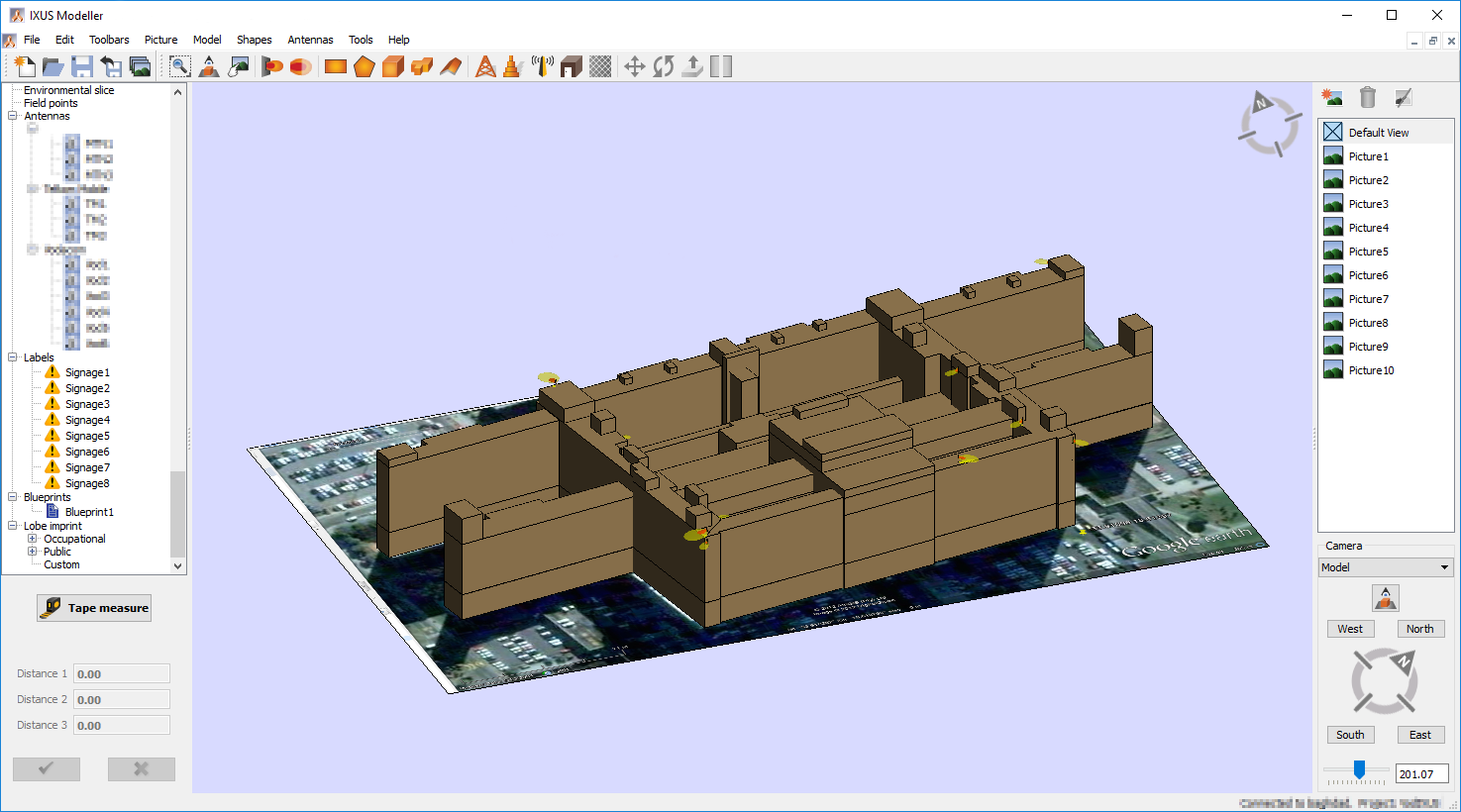